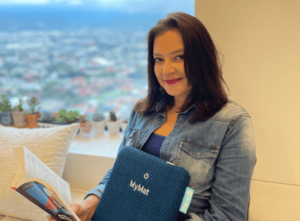 The Power of Vibration and Frequencies on Human Health

Nikola Tesla once said that “if you want to understand the secrets of the universe think in terms of energy frequency and vibration”.

What you can’t see is hard to believe. Often energy is not visible to the human eye, but we know that nothing is more real than energy.

The law of vibration states that everything has life, moves and vibrates and that although it appears inert, it has a high vibratory frequency.  Science has discovered that energy vibrates at different frequencies.

If you are one of the sceptics who believe that frequencies are not capable of promoting cellular self-healing or if you just want to know a bit more about the power of frequencies to improve the quality of human life, we will mention some amazing examples from ancient times up to the present.

On this same principle, Holland and his team of researchers wondered if they could influence a cell by sending a specific electrical signal and thus combat diseases such as cancer, without conventional toxic treatments that can produce side effects as harmful as the disease the patient is fighting.  The results were surprising: after observing pancreatic cancer cells, they found that they were particularly vulnerable between 100,000 and 300,000 Hz. Subsequently, they were able to target ovarian cancer cells and to create treatments against the deadly superbug MRSA.

Although modern scientists are showing great new research results on energy frequency and vibration, ancient civilisations were already well aware of this power. In these civilisations they knew, for instance, that each word carries energy and the intention behind the words transmits a specific vibration.

It is not about saying that a word is like a magic key that opens a portal, but that the energy with which each word is intended will carry a meaning of energy to each molecule.

The Japanese researcher Masaru Emoto claimed that words, sentences, sounds and thoughts directed towards a volume of water influence the shape of the ice crystals obtained from it. He treated more than ten thousand patients with a water measuring device and HADO (The intrinsic vibrational pattern at the atomic level in all matter and the realm of subtle energies related to consciousness). He helped to cure many people who had different kinds of mental and physical problems.

Dr. Jarl had the opportunity to witness in the year 1939, in Tibet, how monks used musical instruments and mathematical calculations to achieve, what is known today as acoustic levitation, to erect large stone platforms on large boulders.

Not only Asian people are renowned in history for using techniques such as these, it is believed that the Egyptians who built the pyramids on the Giza plateau also knew how to use vibrations and frequencies of sound to create their constructions.

In Spain, different research into the use of acoustic levitation has been carried out since 2015, and this research is mainly aimed at optimising the manufacture of pharmaceuticals.

Professor of music and health Dr. Lee Bartel has investigated how sound and its frequencies affect the cells of the human body and brain to reduce the impact of fibromyalgia, pain, Alzheimer’s disease, Parkinson’s and even depression.

He discovered that using a 40 Hertz stimulus positively affects many bodily functions and brain patterns, even to the point of intracerebral communication, which helps synchronise one side of the brain with the other.

This technology has thousands of studies to back it up and it is approved by the FDA for certain treatments.

For over 60 years this therapy has been used to treat pain, emotional problems, chronic illnesses and more.

MyMat® stands out from other PEMF devices because it is lightweight, easy to use through its own App and it is wireless during its use. Learn more about MyMat PEMF and the benefits it has for you and your family’s wellbeing.